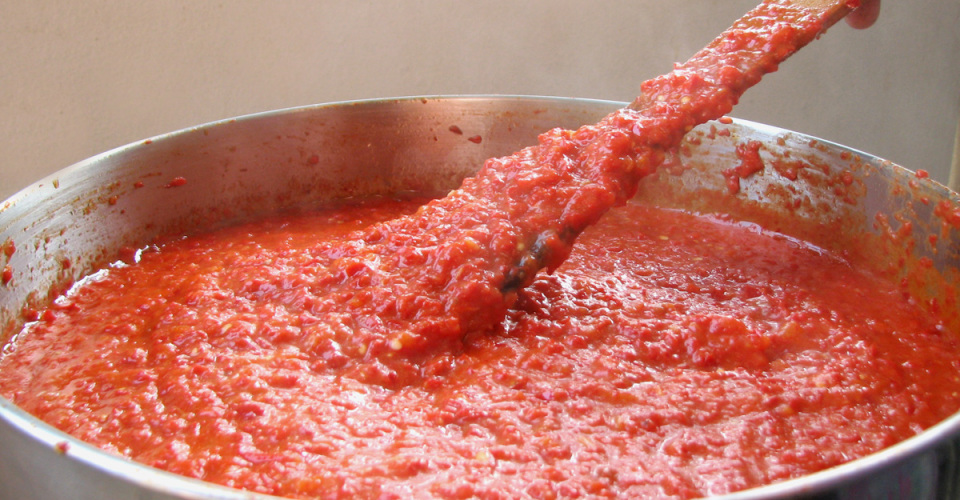 In the time of our grandmothers food was not as available, and choices were not as diverse as today. Especially in the winter months. That’s why people found ways and passed on the knowledge of preserving food for longer periods of time.

As a child, it was interesting to explore the places my grandmother stored fruits and vegetables. In the cold, dark basement, with thick walls and a stable temperature you could find potatoes and other root vegetables like beetroots and carrots. Meat, cabbage and turnip was salted and soured in wooden vats.

But for a child, the real treasure was hidden in the pantry. Colorful jars hid wonderful flavors, tempting to be opened and tasted. Because grandma’s pickles and soured beetroots, homemade jam with pancakes or drinking sweet raspberry juice with grandpa, those are the flavors one remembers forever.

The creativity of every homemaker reflected in the quality of winter stores prepared, and its diversity spoke of how fruitful the year was. The importance of winter stores shows in careful and detailed preparation process, as well as building summer kitchens in many Croatian households.

Plums and apricots used for making jams had to be ripe, undamaged and washed. The rest were stored in vats, fermented and then made into delicious brandy. Large, blue, enameled pots and glass jars in all shapes and sizes were taken down from the attic and washed. All of the appliances had to be cleaned spotless. Large wooden spoons were bought on Monday fairs and grandpa would prepare enough wood so the fire in the stove would never ran out.

Traditional recipes are opened on the well-known pages of grandma’s cookbooks, the fruits were carefully weighed and put to cook on the stove. Then came the most important, and maybe the most tiring part – the boiling and often stirring the fruit.

While stirring, grandma used to scrape the bottom of the pot to prevent sticking and burning the fruit. To prevent it, she would also put a roofing tile between the pot the fire to spread the heat equally.

The glass jars would then be lined up on a dishcloth and heated. They would be filled, first with a small amount of hot jam, to heat them even more, and then to about 2 cm’s left to top. The heated jars are used to store oil cooked peppers and winter salads also, while the cooled jars would store beetroots, pickles and fruit for compotes. With all fillings, it was very important not to have any air left in the jars. 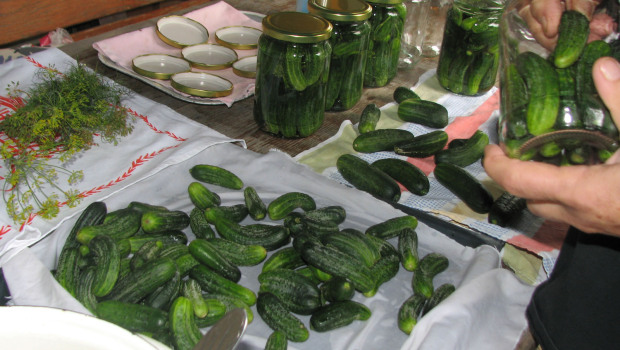 Still warm, the jars were covered with a cellophane lit ran through brandy and tied with a wet string or a rubber band. The excess cellophane was cut to keep everything nice and tidy. In the past, pork intendants were used instead of cellophane, and now, metal lids are often used. For pasteurization and boiling, larger pots were used, the bottoms and walls lined with washcloths to prevent contact between glass jars and hot metal. When the jars were lined up, they would be cooled with cold water, unless the sugar melt or syrup was really hot, then taped water was used. Pasteurization could be done in an oven, with the temperature of 90 Celsius for around half an hour, or hot , filled and ceiled jars would be covered with a blanked and left until they completely cooled off. 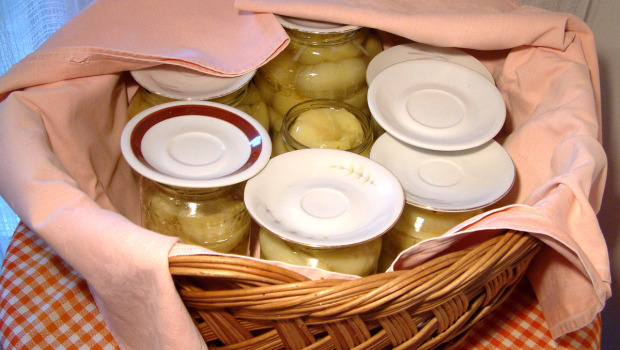 The jars would then be stored in the pantry, on a cool, dark and dry place. The dryness is important to prevent molding, coolness prevents drying and the dark is important for preventing loss of color. Tomato puree, soured pickles, beetroots and paprika, peach, cherry and pear compotes, quince cheese, plum jam, apricot marmalade an various syrups, all crated an impression of a colorful shop in a child’s imagination.

Winter store foods are making a big comeback in modern gastronomy. We are today, re-opening our grandmother’s notebooks and cook books and enjoying the flavor of our childhood.