‘Moja Kuhaona d.o.o.’ enables the encounter with complete culinary know-how and taste experiences by creating and organizing culinary workshops. These workshops are intended to represent an innovative event offer for special interest tourists and visitors from abroad or from Croatia as well as for local residents. Specific workshops shall be tailored to diverse calendar events as well as to our participants’ interests. There will be exciting guest presentations and lecturers.

It is our mission to promote the traditional Croatian cultural and gastronomic heritage in an inspiring and modern way and make it a meeting point for the exchange of culinary experiences. 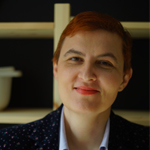 Ms Karmela Karlović
A graduate Biologist by training, a passionate food lover for some time. She was engaged in the development of recipes and food products, in the pursuance of gastronomic trends, participated in diverse shootings and television projects, among which, for three years in the project ‘Male tajne’. Chief editor and project manager of ‘Coolinarika.com’ for 10 years. The new challenge for the author goes under the name ‘Kuhaona’ and ‘Zagreb Gourmet’.

Ms Sanja Mikša
Nutritionist by profession, foodist in her soul. After graduating from university she was involved in the ‘Coolinarika.com’ project development for a long time. Her striving for new insights and possibilities led her to ‘Kuhaona’ which guarantees lots of fine cooking and photo-shooting. She likes trying out new dishes, photo-shooting and travelling. 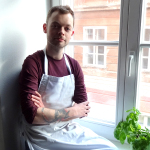 Mr Stephen J. Breslin
In the culinary world he moved from the starting position as a server, chef assistant, private caterer. After working as sous chef and Senior Chef de Partie in Cork City, he also worked on Korčula island in Croatia as senior sous chef, and currently works in school for foreign languages. He is a passionate about music and traveling. 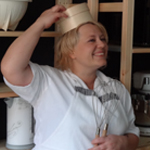 Ms Petra Jelenić
She worked as an executive pastry chef at renowned hotels of Zagreb, the Sheraton and The Regent Esplanade. She gained experience in hotels Palace in Dubrovnik, Sheraton in Dubai, Pastry shop “Mak na konac” in Zagreb and now in Maistra hotel in Rovinj. She is a big fan of nature and dogs. 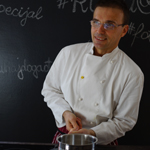 Mr Berislav Lacković
He started his culinary career at the Intercontinental hotel and Monnet restaurant. After that he spends about 12 years gaining professional education in Germany and Italy, and after returning back to Croatia he worked at the Regent Esplanade Hotel and Bon Appetit restaurant. As a member of the Olympic culinary team he won a bronze medal in 2008. 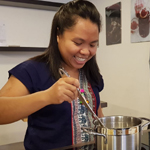 Ms Saralee Mandui
Even though she graduated with bachelor’s degree in Home economics she likes cooking more then anything else. She was a high school teacher of international food and bakery. She came from Thailand to Zagreb and started to do Asian food cooking classes and catering. At the moment she works in “Khaos Thai” takeaway. 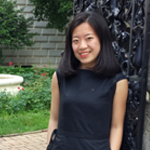 Ms Sisi Peng
She is a Chinese language and culture teacher with a rich experience of over 8 years. But cooking home-style Chinese food has always been her passion. She used to lead cooking classes in other countries and unique food tours in Shanghai for foreign tourists. In her cooking workshops, you will not only learn how to make authentic Chinese food, but get to know more about Chinese cuisine with its geographical and cultural diversity. 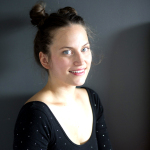 Ms Nastasja Chiara Petrić
She gained her experience at Zagreb restaurants Prasac (The Pig) and Bistro Apetit, and as sous chef at DiVino on the island of Hvar. She participated in writing a cookbook by the chef Christian Cabalier. She writes a column “Zdravi tanjurić/A healthy little plate” for “Dobra hrana” magazine, and the blog Chiara’s little plate is devoted to healthy diet of children. She recorded several episodes of “dmBio cuisine” for the program BabyBonus. 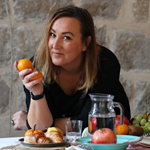