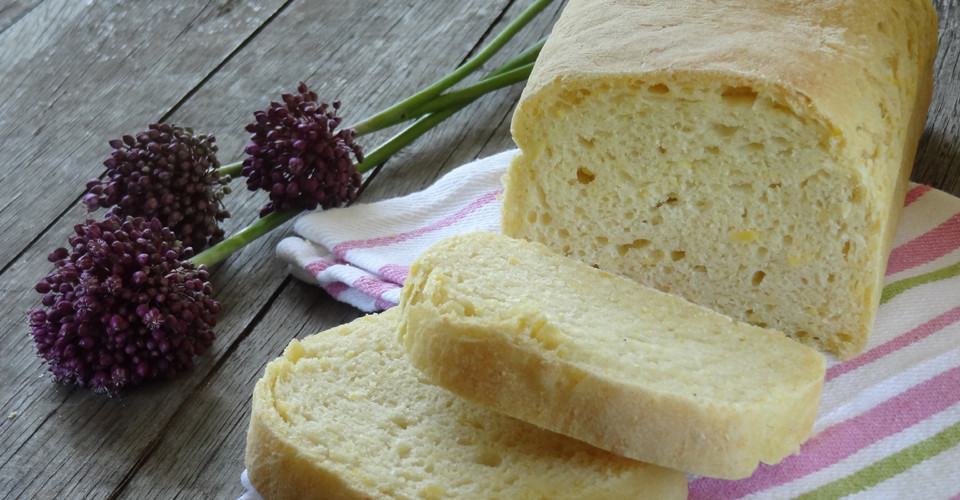 People used to be in want of bread, and so they did not squander it nor cut it in big pieces, but they saved it on every slice. They also did not bake bread every day, but only maybe two times a week. Baked bread or unleavened bread would be wrapped in a white tablecloth and would be kept in a drawer of a china cabinet or a kitchen cabinet, many times even locked under a key, because as the old folks would say, “children could eat the devil himself”. Bread used to be baked also out of rye flour, wheat flour or wheat flour mixed with barley flour, and in times of great trouble, such as war and hunger, they would put cooked potato or a handful or two of corn flour. Bread was also made with sord apple or wild medlar, and so a handful of flour would be saved.

Lidia M. is writing about this simple and delicious bread from Kvarner cuisine.

Mix the ingredients with electric mixer (spiral endings) until you get homogenous pastry. When mixing is half done, add olive oil. Cover the pastry with the food wrap and let it rise in a warm place for about 45 minutes, until the volume doubles.

Put the yeast-risen pastry onto a floured surface, flour it and fold several times from left to right and from up towards down until you form a loaf.

Sprinkle the baked bread with water, take it out of the mold, wrap in several layers of a kitchen towel and leave it on the oven rack until it is cold.

Advice
Mix the pastry with 400 g (14 oz) flour, adding the remaining flour in the end, so that it does not stick to your hands.