Fried octopus in a pot 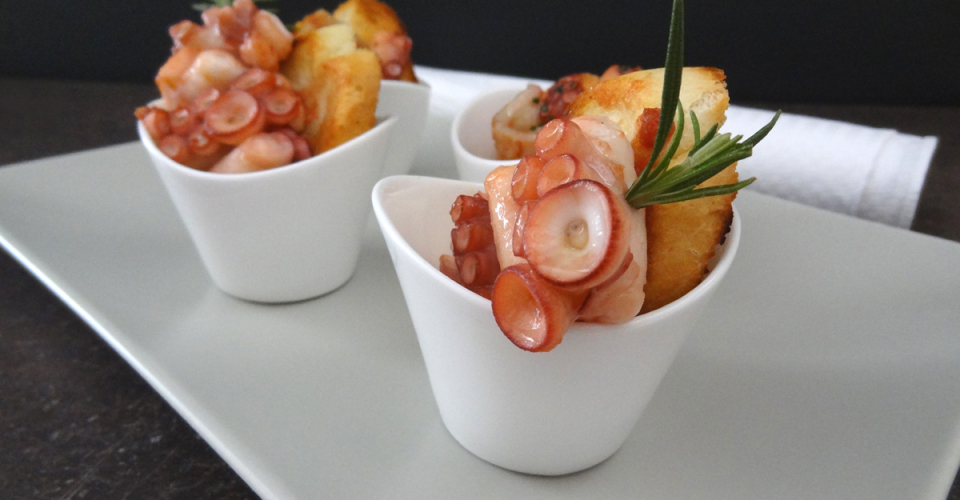 In the coastal region of Croatia this cephalopod is mostly prepared under the lid or as salad, while in the islands it is also smoked and pickled. In the Croatian Littoral it is fried in a pot. It is previously frozen so that it would not be tough, and then it is fried in a pot. Serve simply with toasted bread.

Defrost the octopus which you have previously cleaned and froze. Additionally remove a part of the surface skin, with only white octopus meat remaining. This will also reduce oil spatter during frying.

Place the whole octopus, or cut in smaller pieces on cold olive oil. Cover the dish and fry on slow fire until the octopus gets soft.

Serving
Serve it carved in smaller pieces on toasted bread with gravy or decoratively you can pierce it on wooden barbecue sticks or rosemary branches.

Advice
Octopus should be previously frozen so that during thermic processing it gets softer sooner.